International Conference On Mechatronics And Automation

Annual Congress On Biofuels And Bioenergy

Theme: “Exchange of Technological Advances in the field of Industrial Engineering” 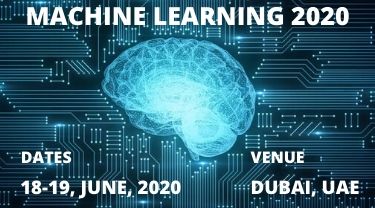 Euro Biosensors 2020: 12th Euro Biosensors & Bioelectronics Congress is scheduled to be held during August 04-05, 2020 at Zurich, Switzerland. Euro Biosensors 2020 brings in a new spin on conferences by presenting the latest scientific improvements in Biosensors and Bioelectronics. This conference permits leading educational scientists, researchers and industrialists from everywhere the planet to exchange and share their experiences, recent innovations, sensible challenges, advanced instrumentation and analysis results.  Biosensors Conferences provides the perfect platform for Scientists, Experts, Academic Professors, Practitioners, Software Professionals, Business delegates, scholars, Young researchers, Talented student community and researchers in the field of Biosensors, Biomedical engineering, Nanotechnology, Point of Care, Home Diagnostics, Biodefense, business professionals and executives to discuss and learn about novel findings in Biosensors. Optical biosensor market size is expected to grow at the fastest CAGR of 8.7% throughout the forecast period. U.S. biosensors market size holds 81% of regional revenue share in 2015, attributed to increasing prevalence of diseases such as diabetes and cardiac disorders and early adoption of technologically advanced products by the clinicians, scientists, and patients. Asia Pacific, on account of its constantly improving healthcare facilities, growing access to healthcare, and rising patient awareness is expected to witness the highest CAGR of 11.1% during the forecast period.

14th International Conference and Exhibition on Biosensors & Bioelectronics is scheduled to be held during September 25-26, 2020 in Montreal, Canada with theme "Future trends development and new intervention in biosensors technologies". Biosensors and Bioelectronics 2020 conference explores new advances and recent updated technologies. It is your high eminence that you enhance your research work in this field. Biosensors conference deals with recent advances in the field of biosensors like security and sensing, photonic sensor technologies, Biosensors for imaging and many more. Biosensors congress provides a unique platform for people who conduct their research work in this field. The conference captivates individuals both from commercial and academic worlds yet establishes a firm link and binds us together with the recent updated accomplishments. We provide a good opportunity by admiring your updated research knowledge and also by publishing it in our respective Journals. The congress ultimately provides a good gathering of bright personalities to update us the new research on Biosensors. Wireless 2020: 6th International Conference on Wireless, Telecommunication & IoT is scheduled to be held during September 28-29, 2020 at Barcelona, Spain. Wireless 2020 is the premier event that brings together a unique and international mix of experts, researchers and decision makers from both academia and industry across the globe to exchange their knowledge, experience and research innovations as this will be the best integration of academia and research involving every aspect of Wireless technology. Wireless Conferences provides the perfect platform for Aerospace Engineers, Space Agencies, researchers, professors, scientific communities, delegates, students, business professionals and executives to discuss and learn about novel findings in Wireless technology. The global market for Wireless Communication Market 2019 keenly analyzes significant features of the industry. That intensifies growth and makes a remarkable stand in the industry. The Wireless Communication market will grow with a significant CAGR between 2019 to 2028. 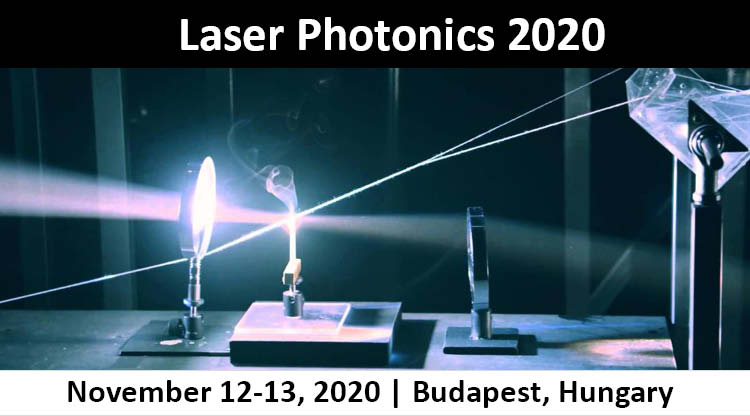 Theme: “Exploring the Innovations and Advancement of Laser, Optics & Photonics”

We heartily welcomes all of you to the "European Meet on Lasers, Optics and Photonics" during Nov 12-13, 2020 at Budapest, Hungary. The Theme of the gathering is "Investigating the Innovations and Advancement of Laser, Optics, and Photonics''. The Committee is anticipating arrange an amazing gathering with new and intriguing sessions and to meet new individuals where one can share one's subject and enthusiasm. At Laser Photonics 2020 one can secure new thoughts, advances that will be extremely helpful for growing the information in the concerned field and engendering the new ideas to improve oneself and also our professional career.

The Laser Photonics 2020 Conference in Budapest will likewise be a typical stage to encounter B2B Meetings, Panel Discussions, Q&A sessions, Industry master Interactions, Roundtable gatherings, Best Poster grants, Best Oral introduction grants, Young Researcher Forums (YRF), E-notice introductions, Video introductions by the specialists from both Industry and Academic. The Laser Photonics 2020 will highlight on various tracks spread the two scholastics and Industrial perspectives. Around 45 nations are taking an interest to hear the most recent scientists and to mark their items by shows.

The Laser Photonics 2020 Market is relied upon to reach $18 Billion by 2024. Geologically, North America represents the most elevated piece of the overall industry pursued by Asia-Pacific. The Asian nations particularly China and India are the quickest developing areas. Asia-Pacific is anticipated to develop with a most noteworthy CAGR from 2017 to 2024.

Major Engineering Societies and Associations around the Globe

Major Engineering Conferences around the Globe:

Here Conferences and Programs are announced to keep update our clients and to bookmark their dates. However, Registrations are not allowed before 12 months of the conference.